After several attempts to get a reservation, and months of waiting for this day to come around, we finally got our chance to try out Chiltern Firehouse. I really wanted to be wowed by the experience – and not just because the restaurant has become so ubiquitous and rather synonymously associated with all-things celebrity. Yes, a star sighting here and there would be a nice extra to have, but I was mainly wanting to see what Nuno Mendes  – he of Viajante fame – had created for those of us wanting our taste buds tickled.

Make no mistake, Chiltern Firehouse takes itself very seriously. From the labyrinth of passages and gatekeepers you need to get past to access your table, to the eclectically ‘put togetherness’ of the dining spaces themselves, you can appreciate how it’s captured the imagination of the media. It feels rather eccentric, bohemian and yet intimate all at once. Unfortunately, it’s also horribly pretentious, and has an ‘I’m way too important’ vibe that creates unnecessary distractions for those of us interested in a good meal.

We were offered up counter seats at the bar, despite me calling twice to confirm a table in the main dining room. After an excessively long wait at the adjacent bar (more a corridor really, than a bar with any kind of atmosphere), we were shown to what’s become known amongst unfortunate souls as the dreaded ‘pillar table’: a tight squeeze of a table where one of the diners jostles for space with an iron support pillar. Too hungry and tired to protest, we sat and were handed menus.

It’s obvious the staff have been put together with a specific aesthetic in mind, as the service team are chic, beautiful, and well turned out. They do feel the need to man handle, which can be patronising and somewhat jaded. I took a particular dislike to the sommelier, who graced us with his presence after a long wait, then subsequently chose to ignore topping up our wine in favour of pacing the dining hall like a raving lunatic. The food too was a bit of a mixed bag. I loved the mini crab doughnuts we grazed on while waiting for starters. My grilled octopus with aubergine and baby mushrooms was a hit, but the turbot with quinoa, cured cucumber and seafood emulsion bland and boring. The strawberry sundae however had Nuno Mendes written all over it, reminding me of his chocolate ‘soil’ dessert from Viajante. Delicious.

The Verdict
In a weird way, from an experience perspective Chiltern Firehouse was everything I was expecting, but it rather fell short of delivering on the food front. The bill was excessive to say the least, and the 15% service charge did make me chuckle in amusement. Don’t believe the hype of not being able to get a table. Just show up after 9:30pm and kill 20-30 minutes having a drink at the bar while they sort something out. Oh and the real bonafide stars are packed away in a private area, so if that’s your motivation for dining here, you’ll have to make do with c-list celebrities, Russian oligarchs out with their wives and middle aged bankers. 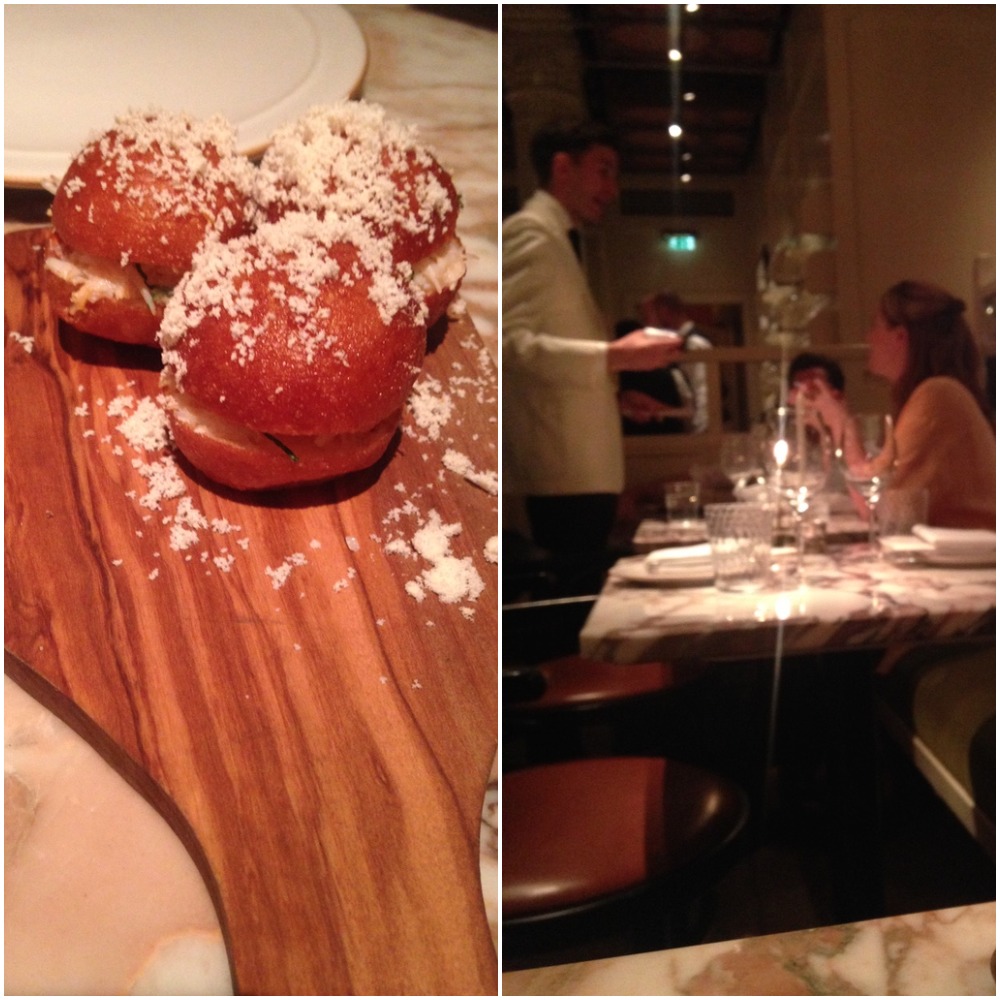 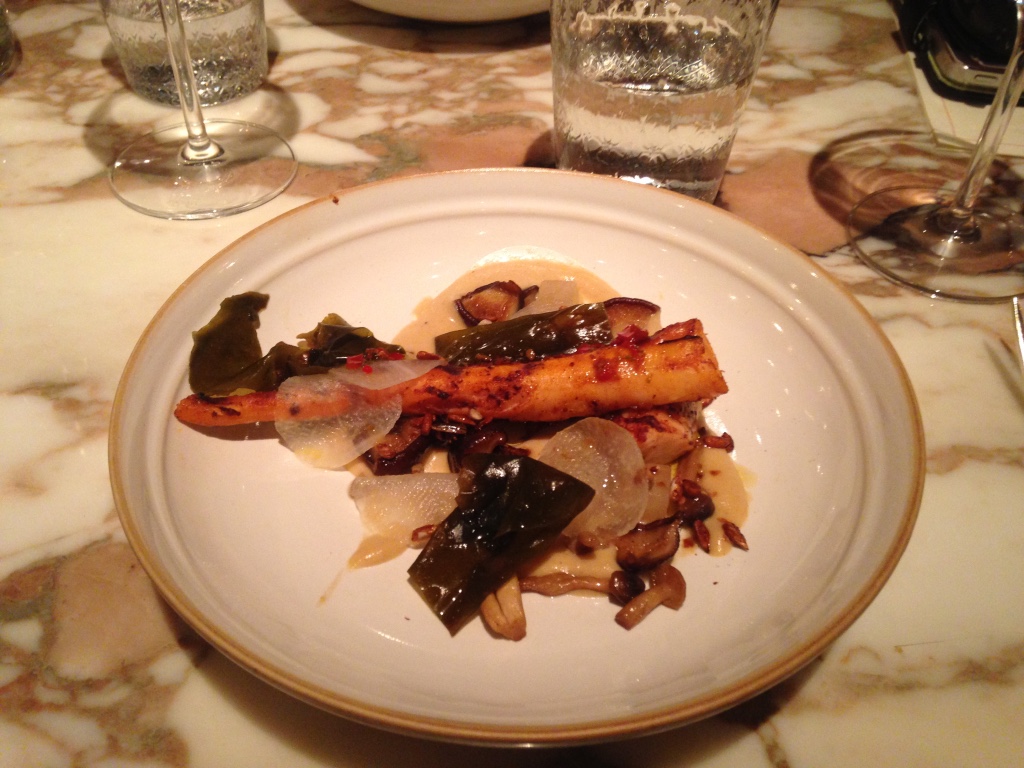 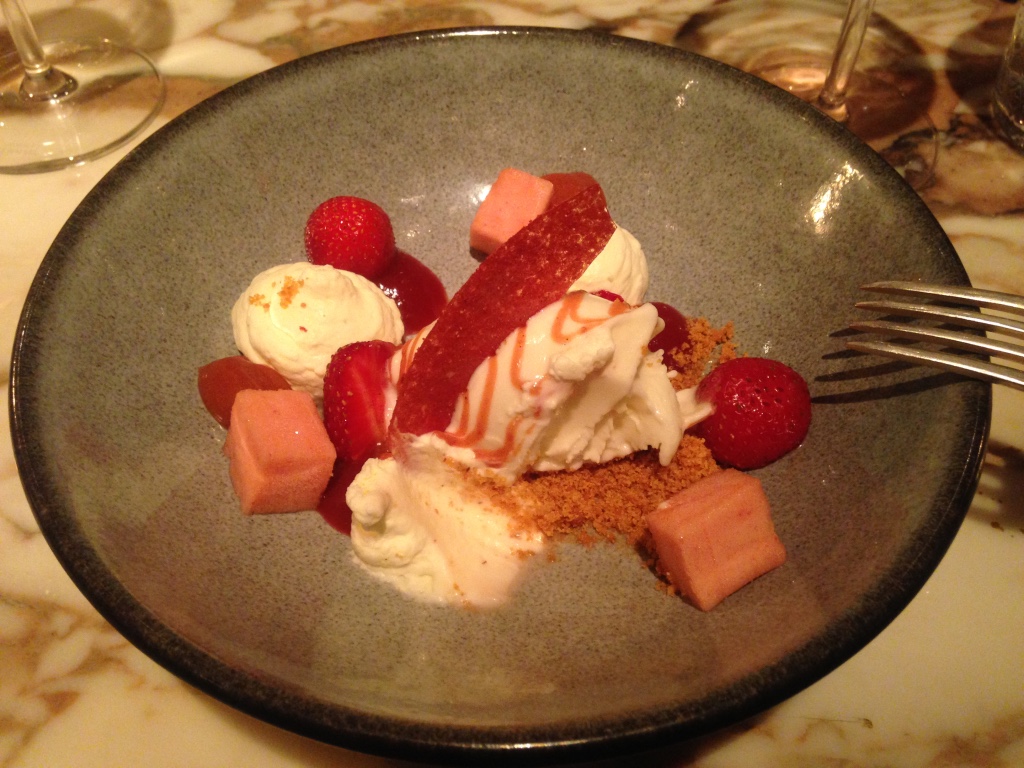 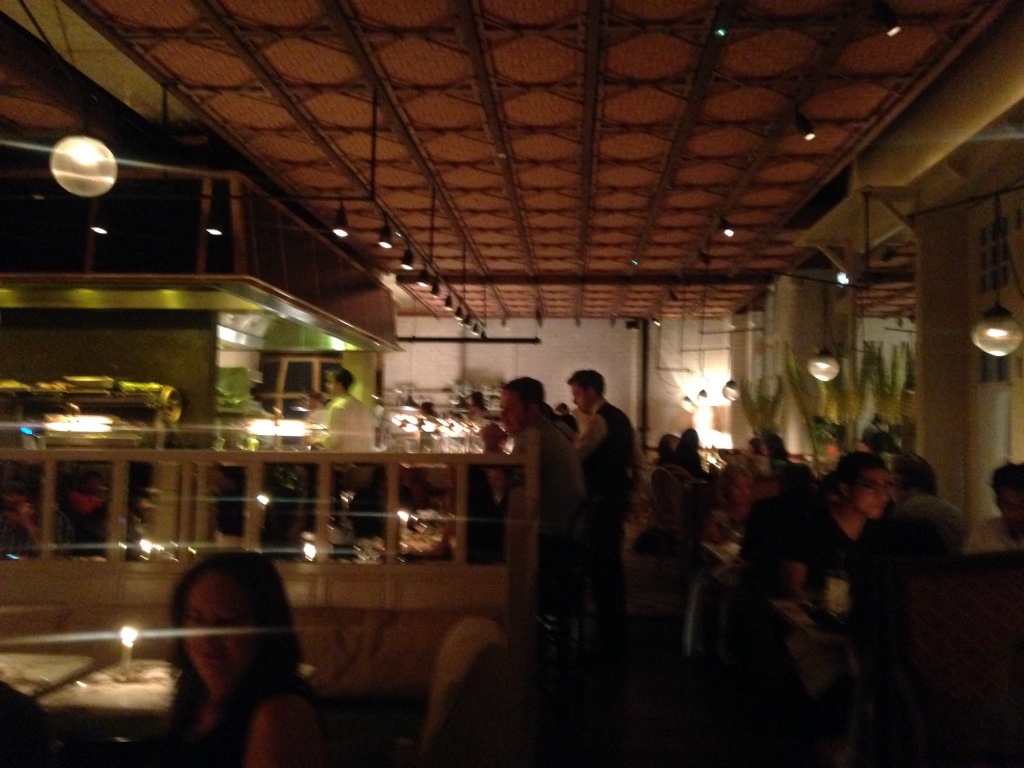