In terms of experiences, we’ve been on a mini Jason Atherton binge as of late. Despite working only a stone’s throw away, I somehow missed my chance to dine at Gary Rhodes’s short-lived ‘Rhodes Twenty Four’ before it ceased operations. So with news that a new tenant had opened shop, I wasn’t intending to miss the boat yet again. We were in a bit of a celebratory mood this week, and thought what a better way to mark the occasion than with dining high above London-town at City Social.

With access tucked away via an inconspicuous side entrance, we took the lift up to the 24th floor where City Social is housed, expectant and looking forward to a great night out. The doors open up into a smart lobby that’s split into two; the bar and cozy booths to the right behind the hostess station, and the main dining room situated to the left. Both spaces are finished in dark wood paneling, and the mood lighting creates an ambience bordering on after-hours club territory.

We opted for some pre-dinner cocktails, and were shown to a booth by the floor-to-ceiling windows. Service was slow, and while it took a while for things to get going, we sat content, taking in the fantastic views of twinkling city lights and panoramic London vistas stretching as far as the eye could see.

Our dining experience was a little more challenging. We were seated in the east wing, at a table that was immaculately turned out, yet disappointingly narrow and in very close proximity to our neighbours. We had requested a table that would have allowed us to enjoy the views, repeating the request when confirming our booking over the phone, and once again after we’d arrived at the restaurant. It wasn’t meant to be, so we squeezed our way into the narrow banquette fit, quickly becoming acquainted with the dinner conversation of our fellow diners.

A good wine list, and a manageable menu were first impressions. As a bread aficionado, I liked the variety on offer and made sure I worked my way through several types. My tuna tataki with pickled cucumber and ponzu dressing was an amuse bouche if anything. Three tiny morsels and the food was gone in the blink of an eye. I had the sea bass as my main, which was accompanied by fried oyster, cauliflower and oyster velouté. It was akin to chewing cardboard. The dessert however lifted my mood slightly in the form of a white peach parfait with raspberries, basil and peach sorbet. The meal was washed down with a crisp Chilean chardonnay, which annoyingly was poured with a heavy hand, and therefore didn’t quite make it to dessert.

The Verdict
Eating lots of the bread is a requirement to avoid leaving City Social hungry, since the portions served are tiny – even for European standards. This was an expensive night out with the service a little curt for my taste, and regrettably not much in the way of value for money. 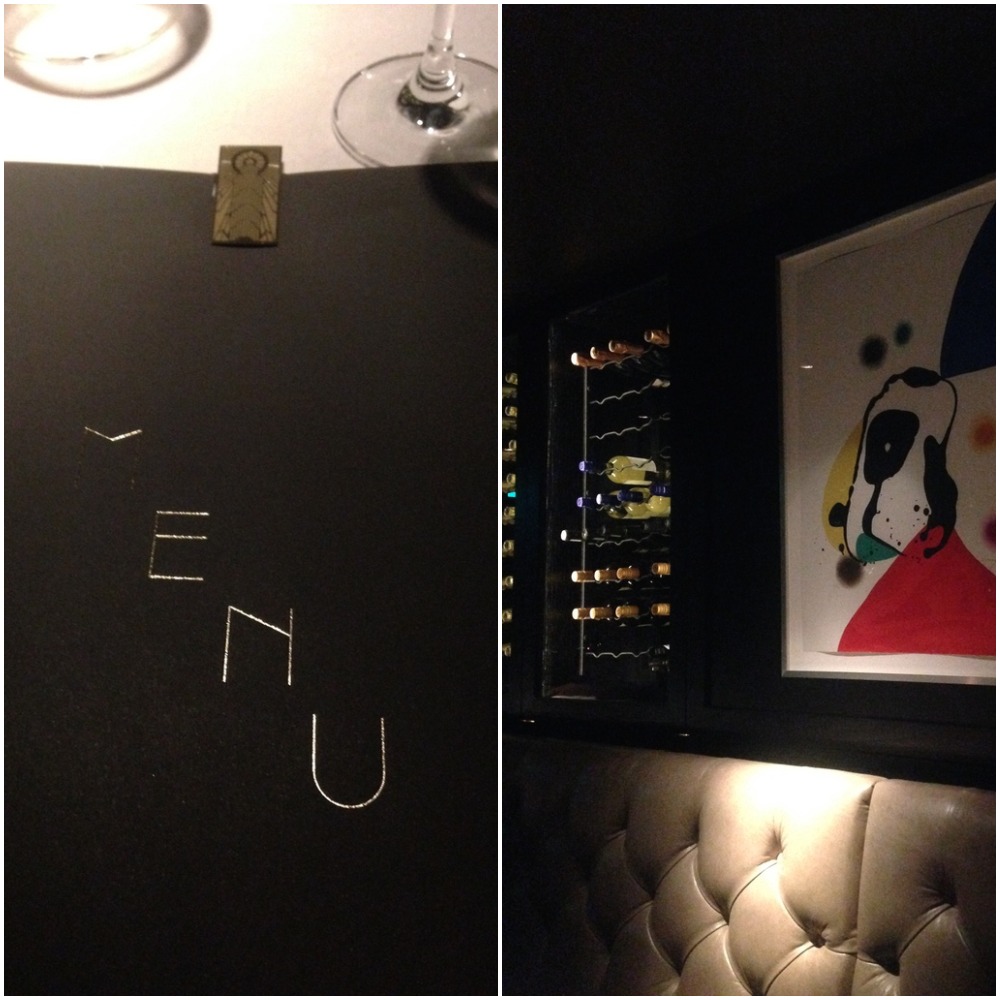 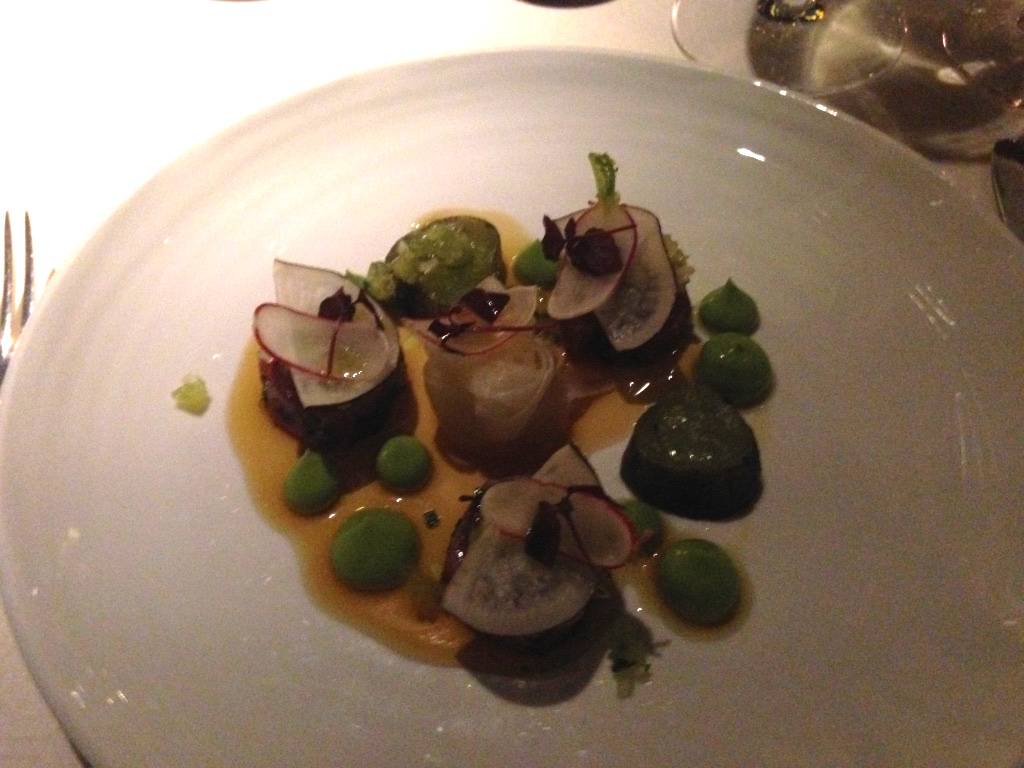 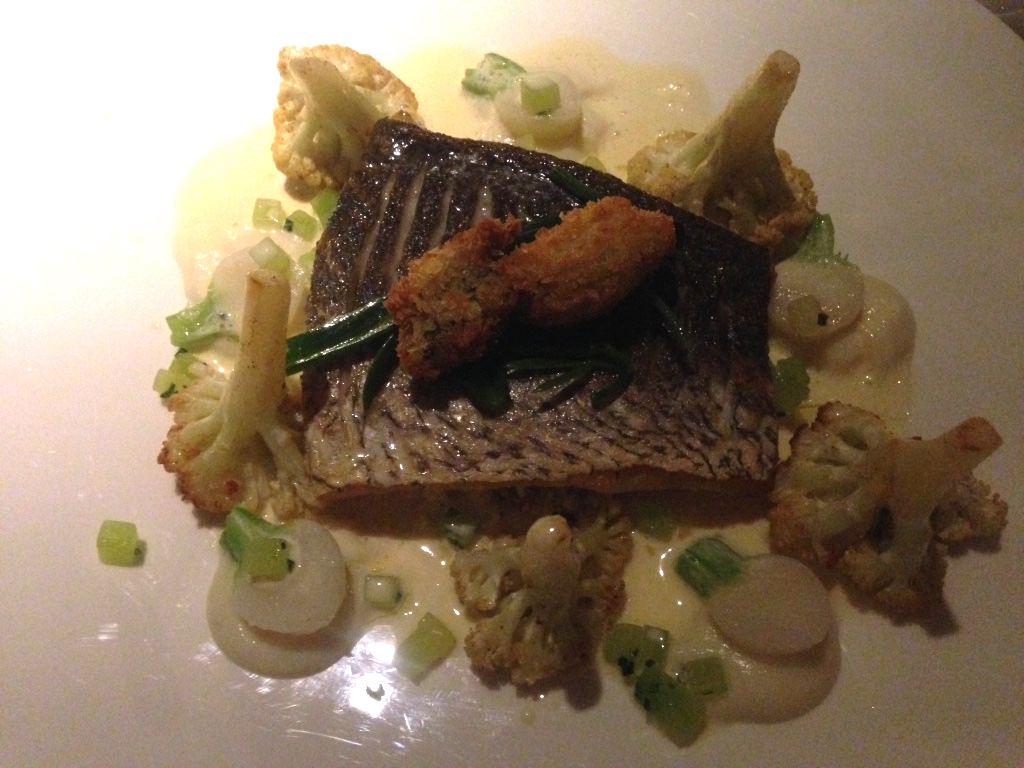 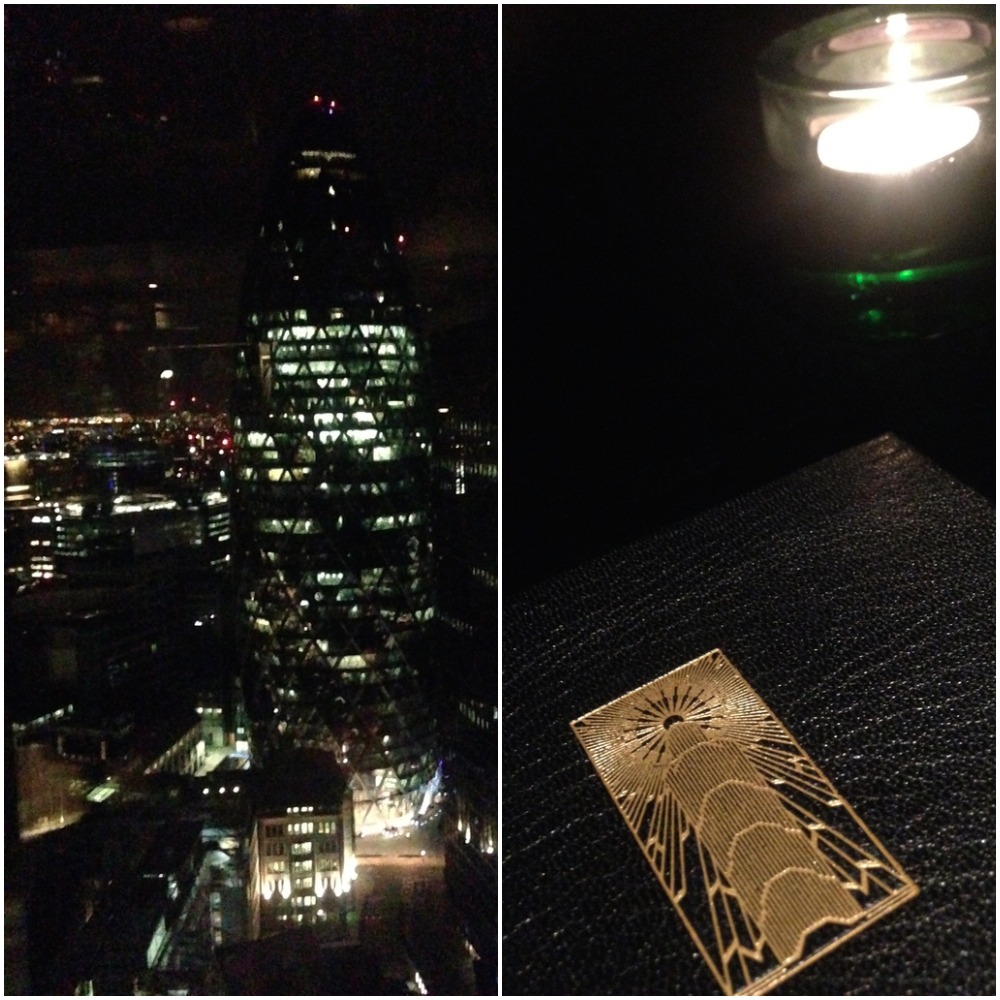