If you were to cross the sexy, opium-den ambiance of Janet Jackson’s 90’s music video ‘If‘, with the atmospheric mood of that most stylish of stylish films In the Mood for Love, you’ll come very close to capturing the vibe of Park Chinois. In fact, if someone asked Wong Kar-Wai to design a restaurant in homage to the Shanghai supper clubs of the 1930’s remodelled for a 21st century audience, I would imagine this would be it.

The brainchild of serial restauranteur Alan Yau (he of Yauatcha and Hakkasan fame), Park Chinois takes pride of place on Berkeley Street, flanked on either side by those other luxury dining hotspots du jour Sexy Fish and Novikov. Purposefully arriving early, in the mood for cocktails and people watching, we were shown to the bar area where a deft Greek duo poured and shook their way into our hearts. Despite the seating area not being much to talk about, my Les Trois Garçons (part measures of gin, elderflower cordial, yuzu liqueur and tonic) was intoxicatingly delicious, accompanied by beetroot crisps and meaty green olives.

The Park Chinois dining room is all lacquered wood swathed in drapery, a healthy dose of crushed red velvet, intricate fringed lanterns and ornate wallpaper. As expected, red is the dominant colour throughout the venue, with tables organized around the bandstand and what I imagine will later become the dance floor. There’s also a second identical level downstairs where ‘Club Chinois’ is operated, which you reach via a grand staircase adorned with Chinese lanterns. A special mention of the bathrooms is called for, as they’re an interior design enthusiasts’ dream come true.

We were shown a table right next to where the band was set up, which I immediately vetoed due to the poor location and were quickly shown to a more agreeable setting. Propped up by cushions, we tackled the menu, eventually deciding to share a number of dishes with the other Mr. Highlife. The staff to diner ratio is admirable, but it also leads to an unnecessary hierarchy being applied when all you want is a simple answer to what a dish contains.  While the wine list is the stuff legends are made of, it’s very pricey and difficult to tolerate if you have a fairly good idea of what a vintage retails for. Ordering a bottle of Sancerre was an affordable yet pleasantly enjoyable compromise, only dampened by the heavy-handed pour.

Our duck spring rolls were the business, with the meat succulent and tender – as it should be. This was followed by scampi shumai (dim sum) and a delicious salt and pepper squid with green papaya salad. For our mains, we skipped the restaurant’s signature Duck de Chine, opting instead for seafood. This consisted of grilled black cod, which came in a tasty soya and sake marinade, alongside the dover sole with spring onion and ginger. Accompanying these were the requisite steam rice and a small stir fry of mushrooms, lily bulb and summer celery. The sole was filleted at the table and ceremonial pomp to one side, meant it was cold by the time it made its way on to our plates. Dessert for two included pear ice-cream with cocoa and pistachio sauce, and a delicate vanilla pannacotta that was completely obliterated by the passionfruit curd and salted caramel ice-cream. The jazz band was just getting into the swing of things as we downed our amaretto on the rocks.

The Verdict
This was an expensive night out. Despite being impressed with the ambiance and general quality of the meal, Park Chinois was little more than a glorified Chinese, representing average value for money at best. Countless times I’ve documented my issues with cost/value ratios on this blog, and regular readers will know that I believe you get what you pay for. While I have no issues investing circa £200 per head for a great meal, I expect the overall experience to be pretty darn close to flawless. It wasn’t. And the last thing I expected to see on my bill was a cheeky charge of £5 per head under line item: ‘entertainment fee’. It’s perhaps churlish to mention this in the greater scheme of things, but since they’ve built more than enough margin into the cost of food and beverage, why run the risk of appearing opportunistic? Go if you must, but it’ll be a fleeting sense of enjoyment. 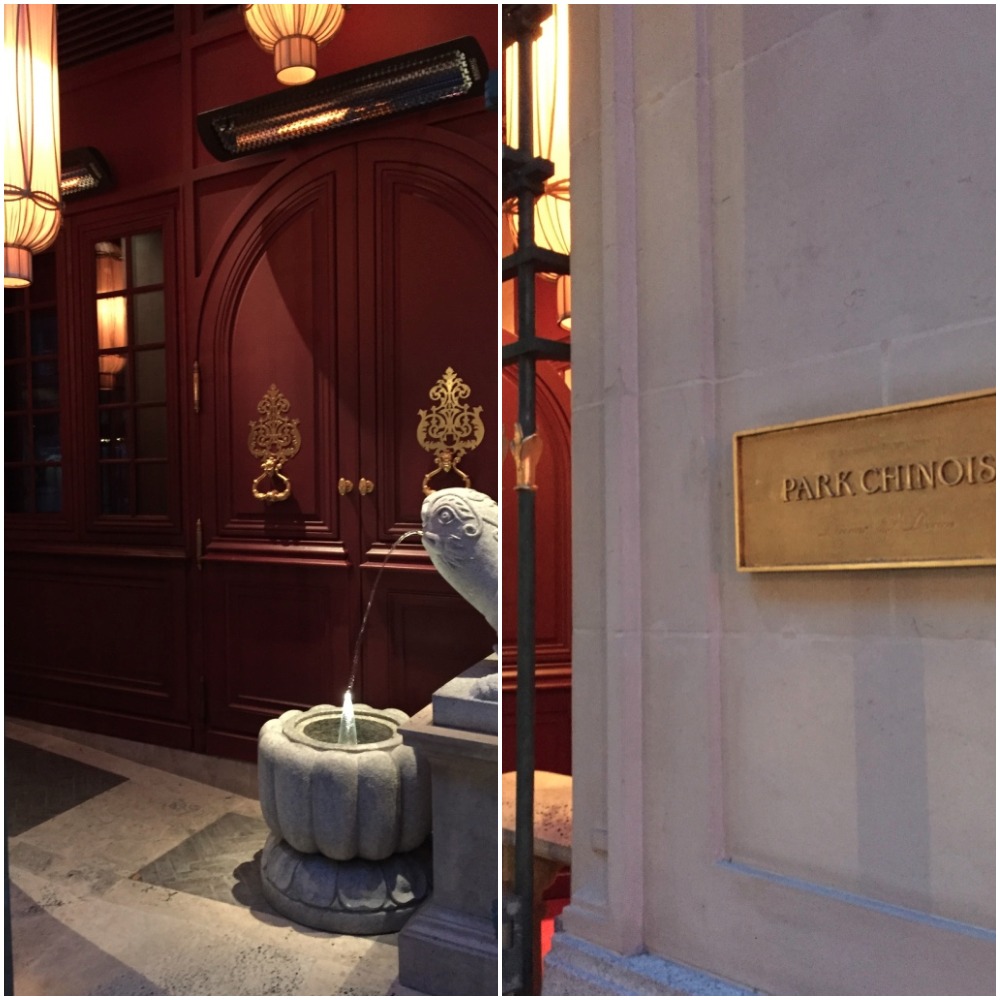 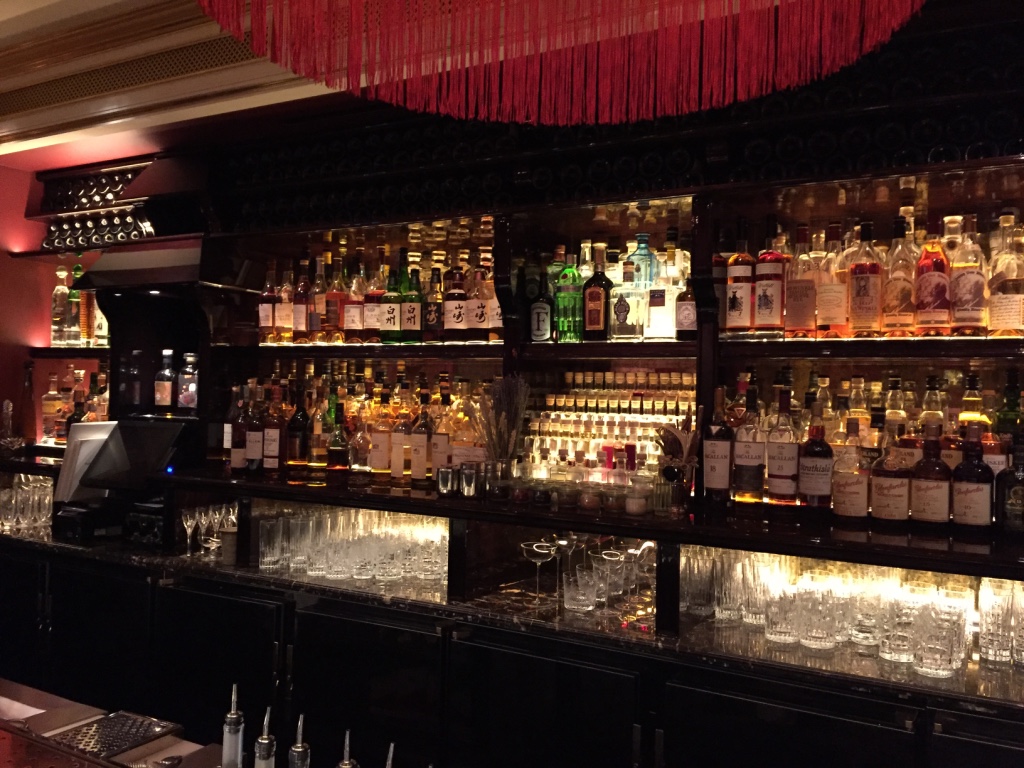 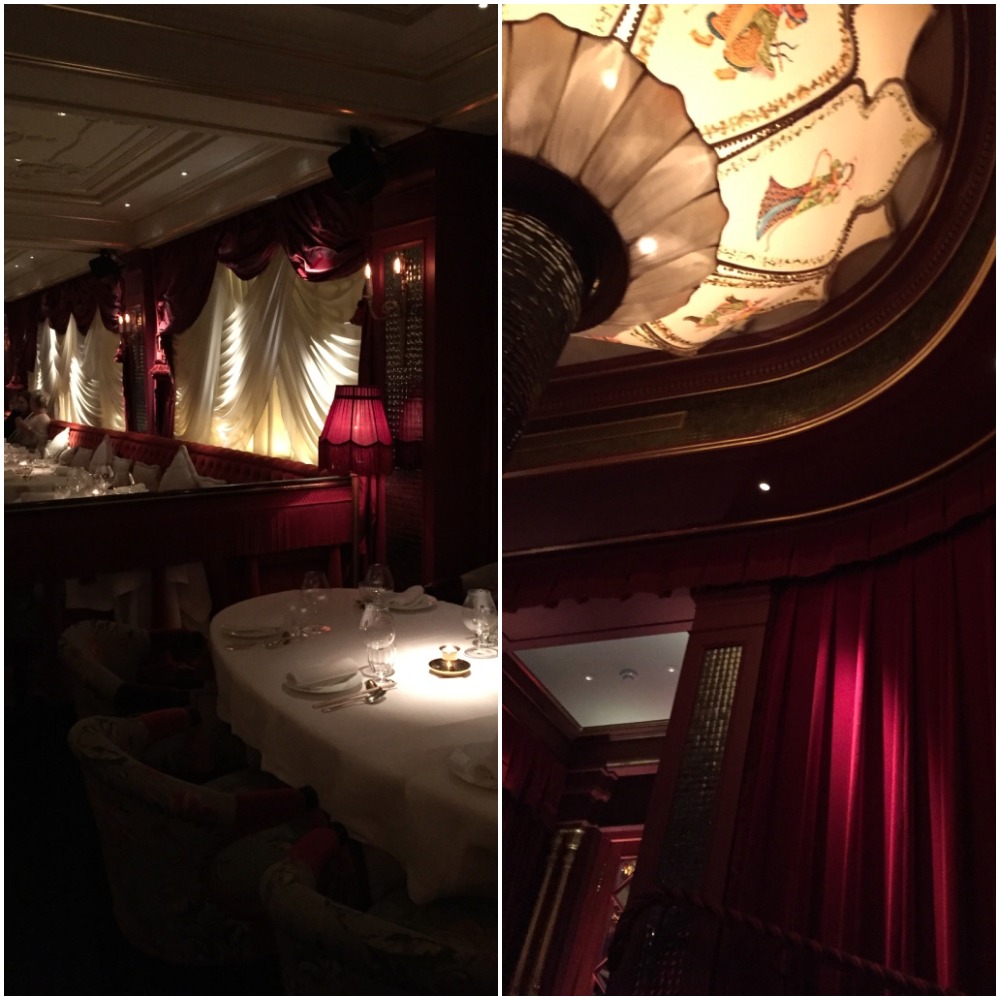 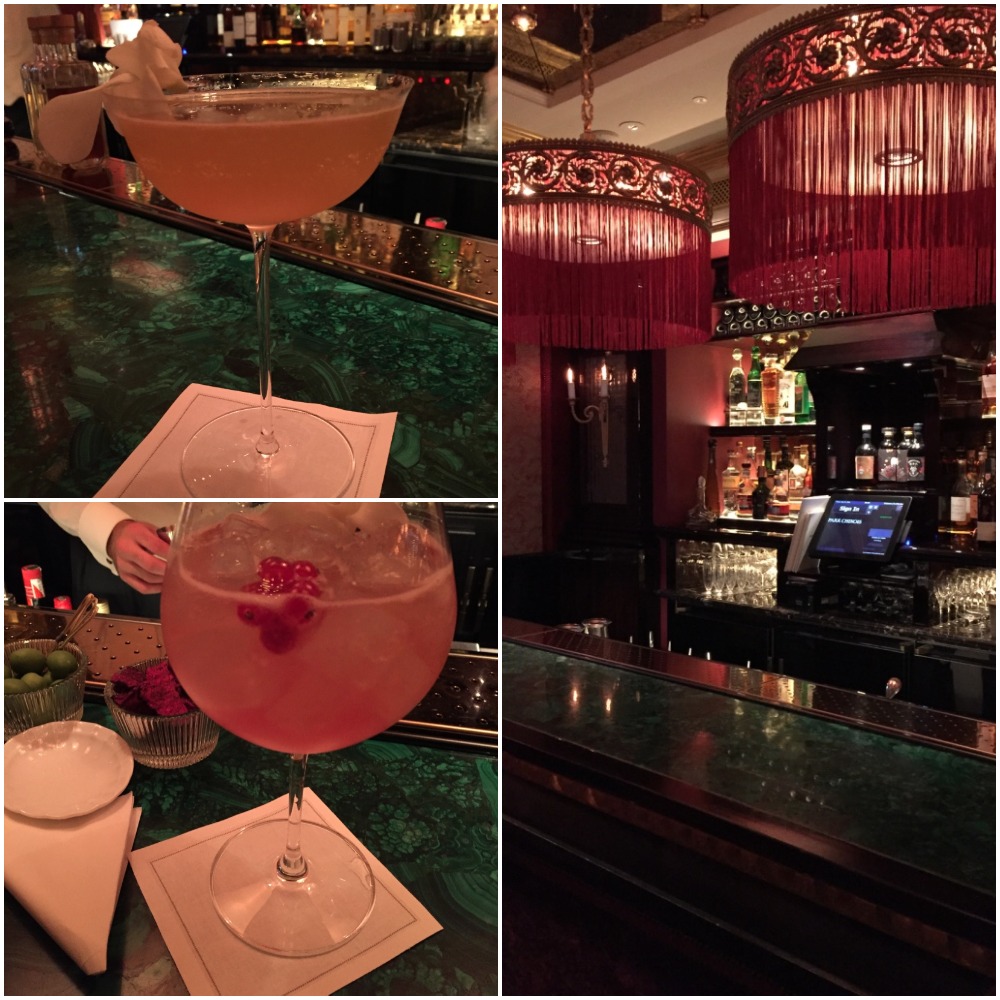 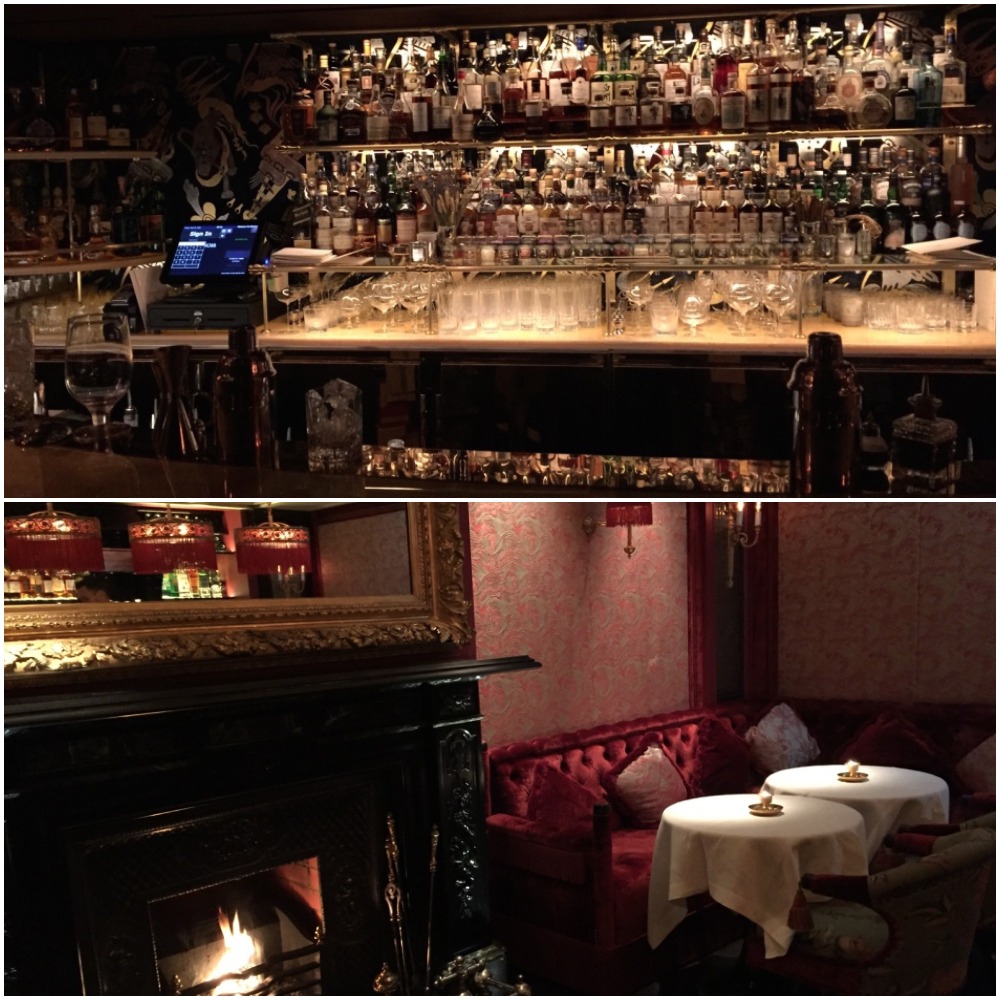 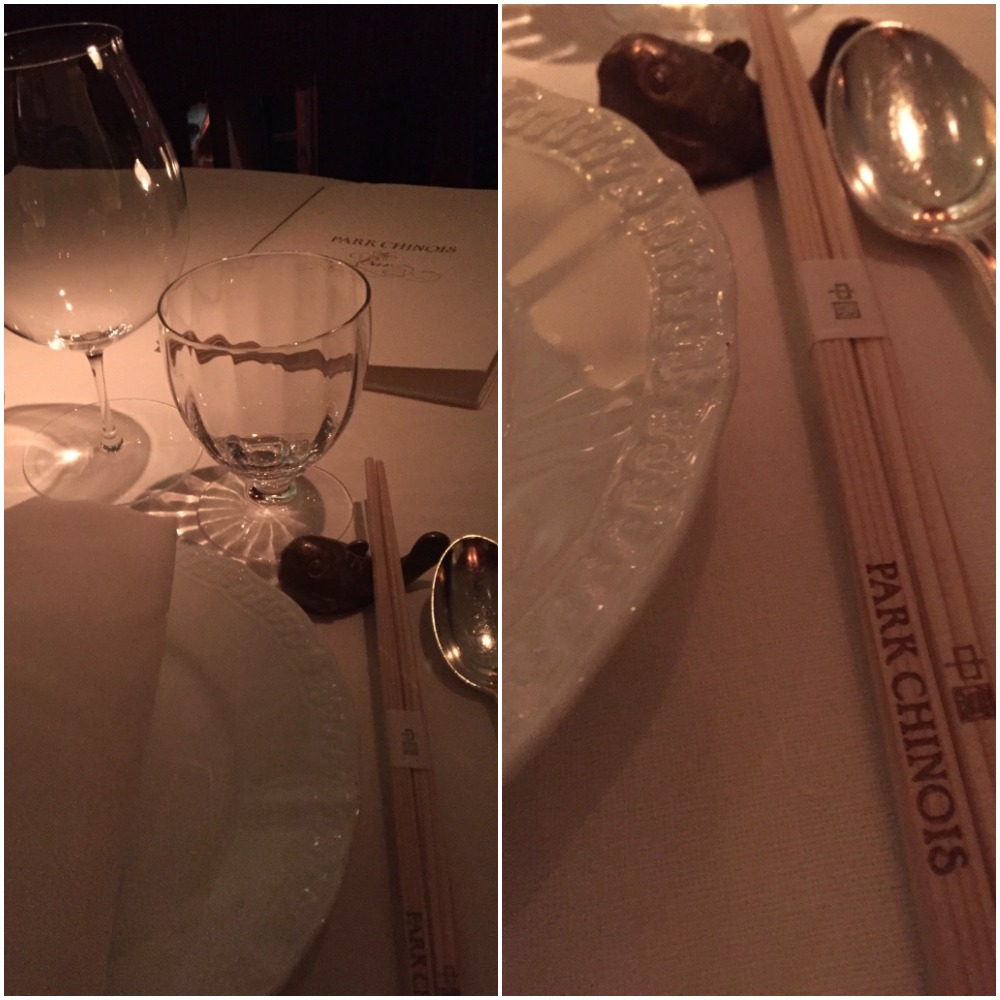 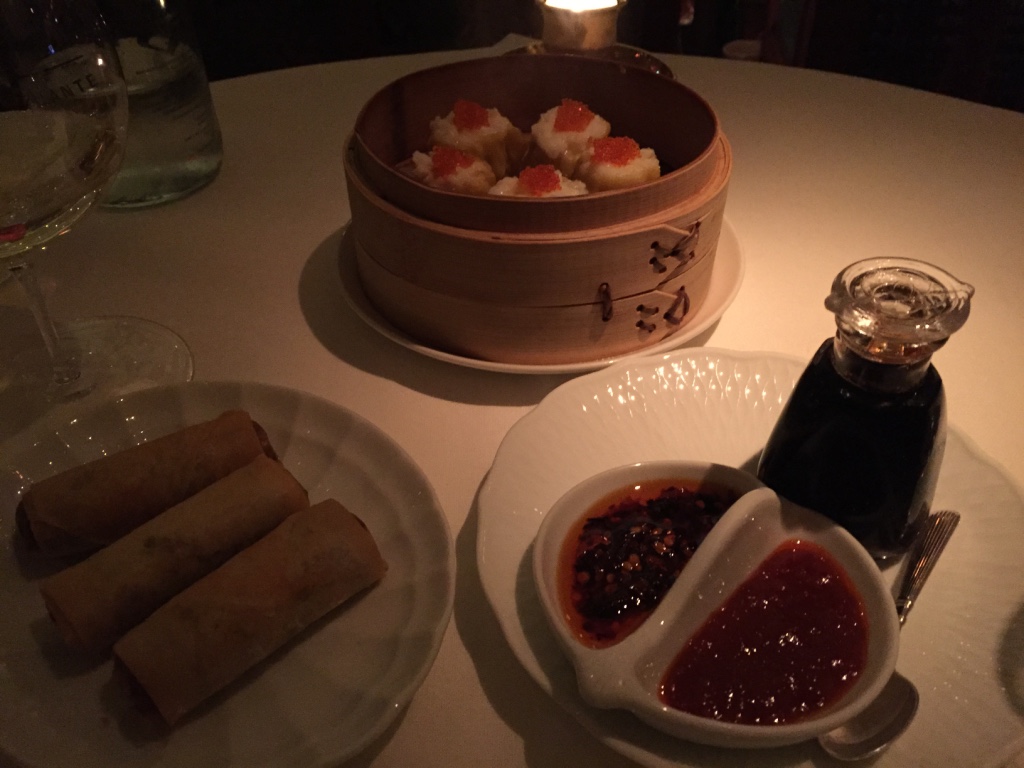 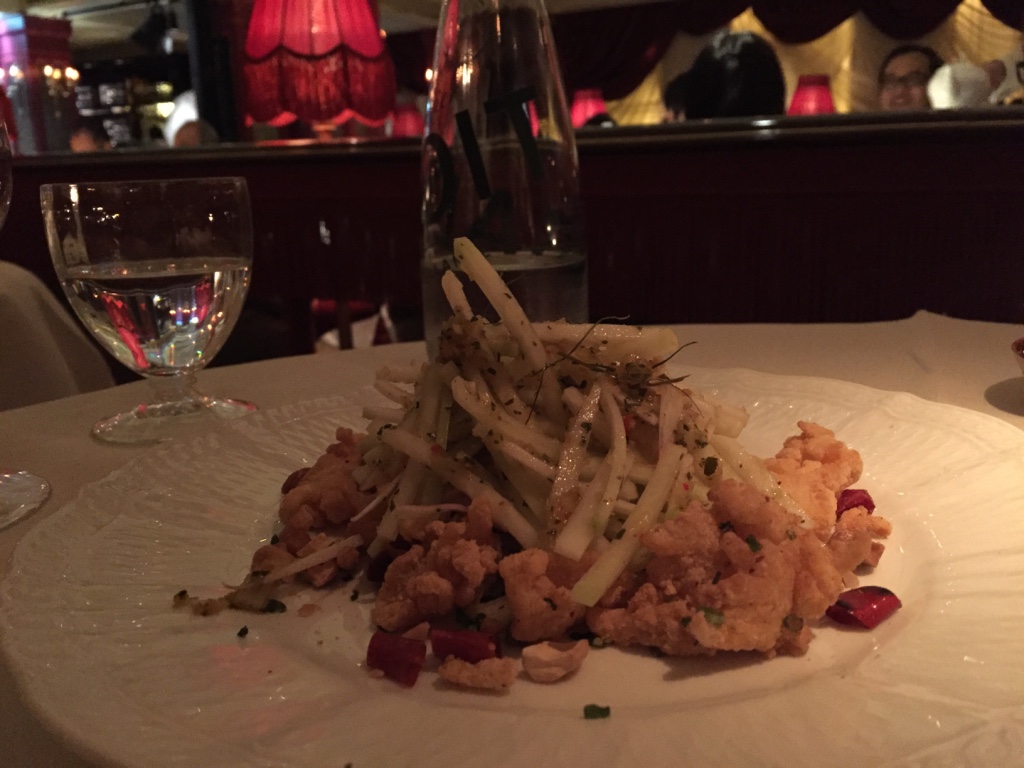 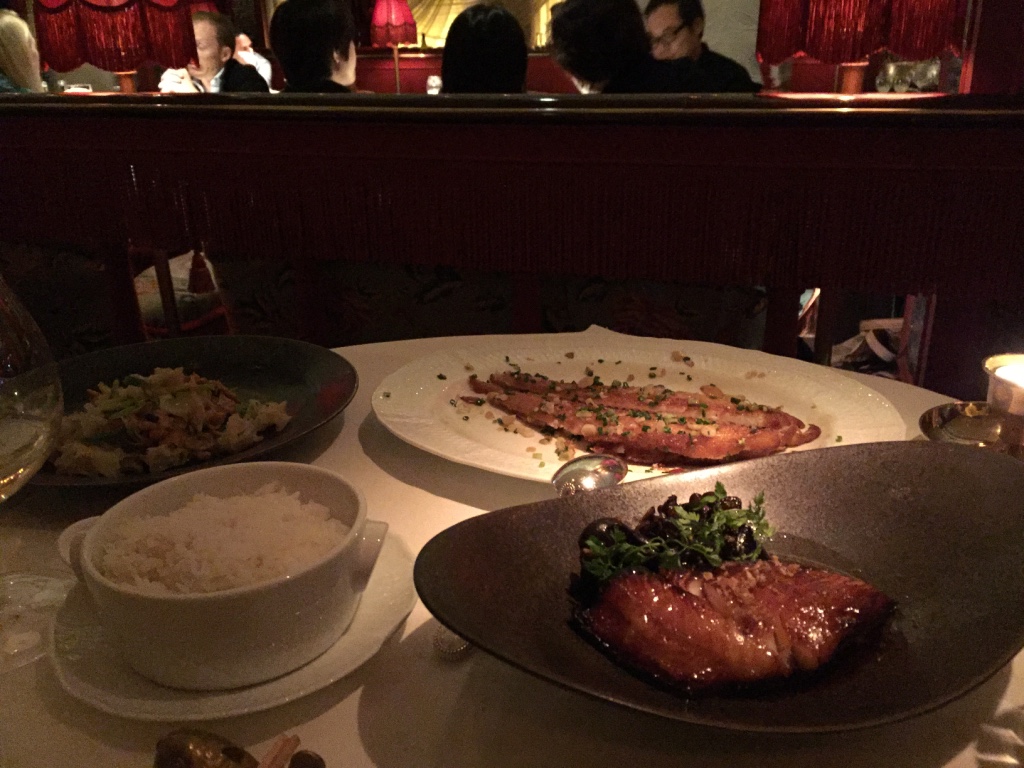 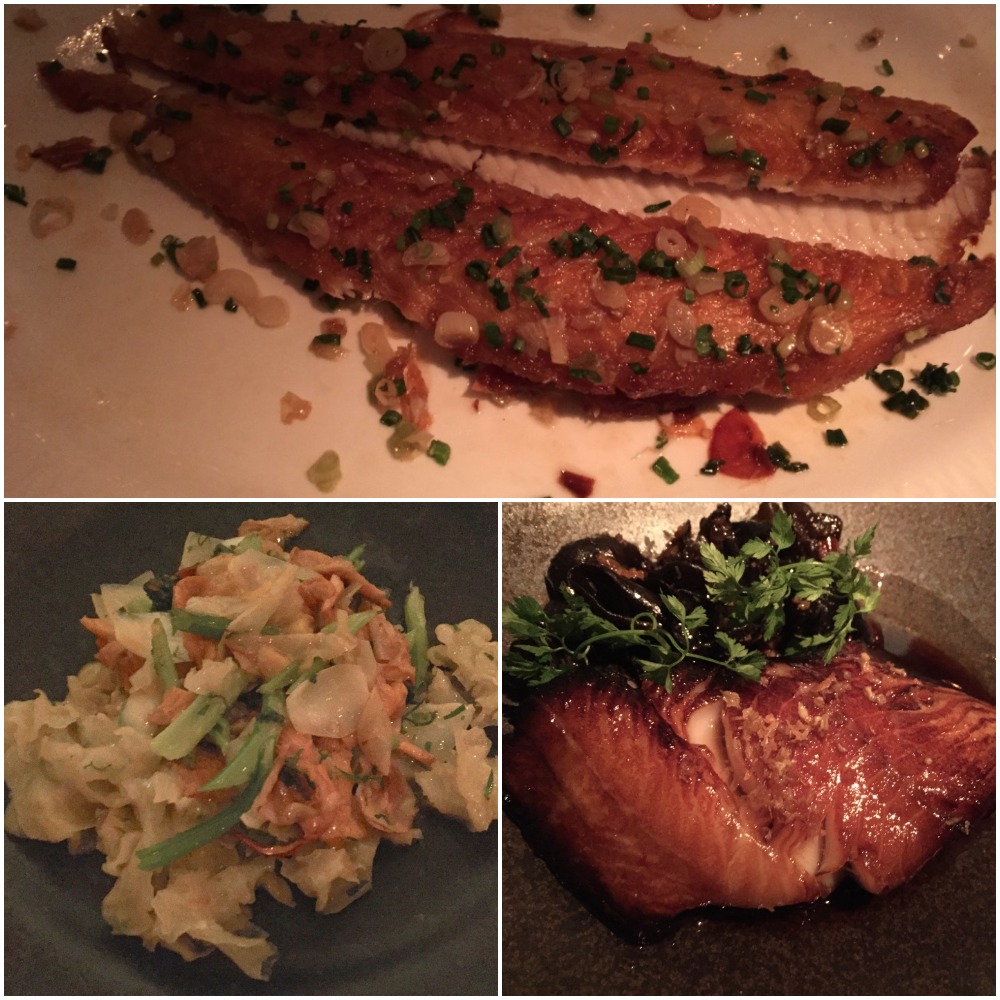 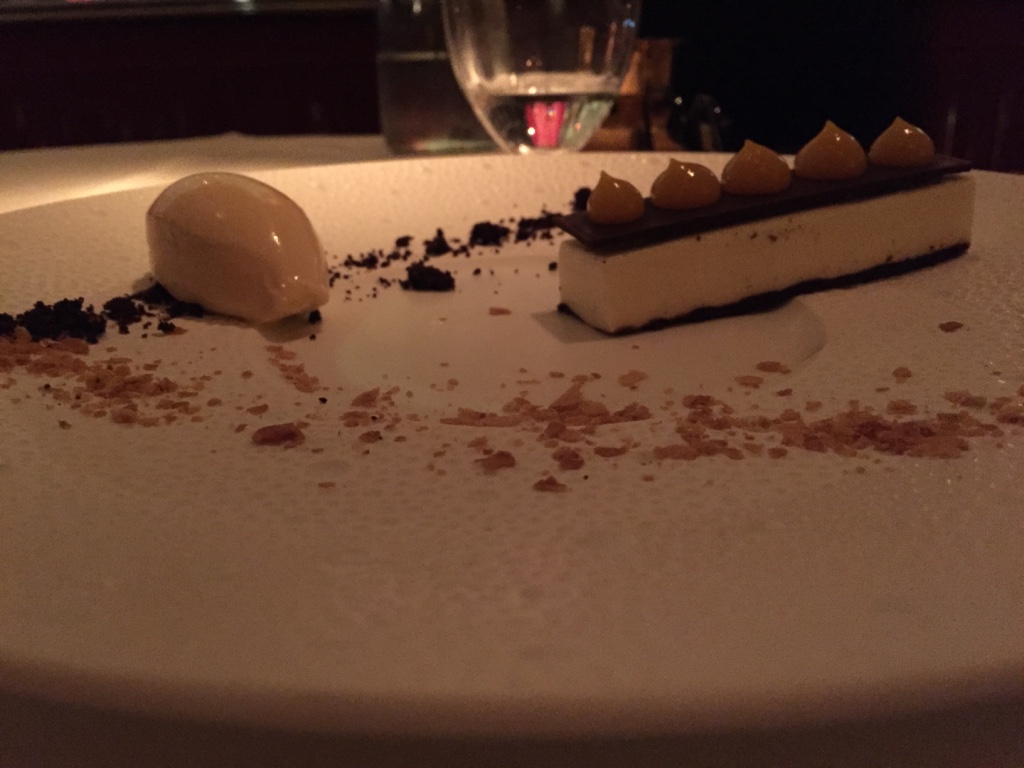 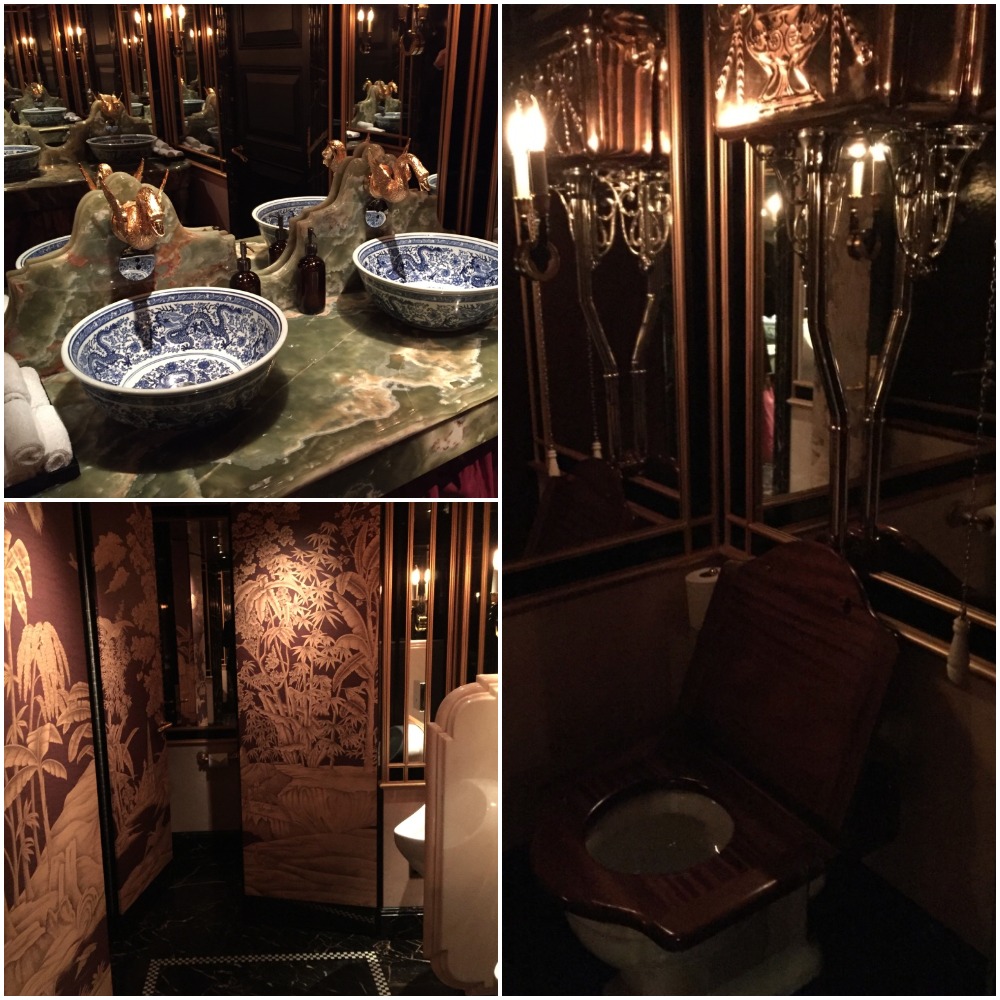 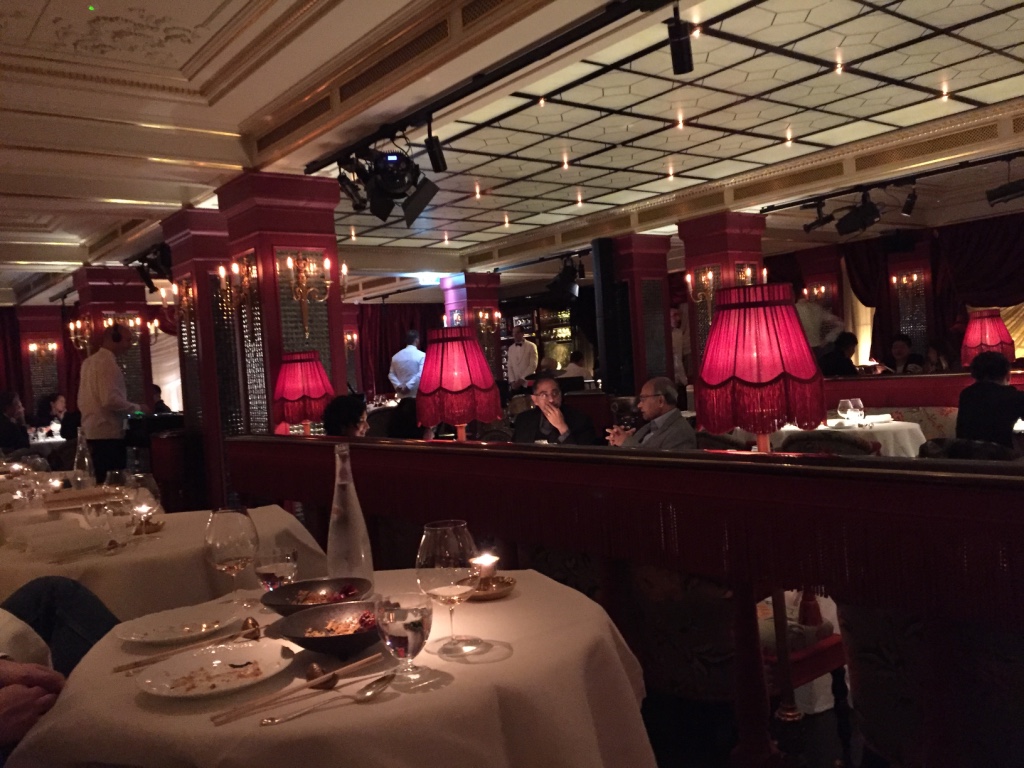