After two weeks of travel across Southeast Asia, we decided we needed a break from local cuisine, which meant a visit to The Dining Room – the Park Hyatt Hotel’s formal restaurant for a good old night of steak and wine. Formerly the Hotel de la Paix, the hotel is another Bill Bensley renovation project, which re-opened its doors in 2013 as the Park Hyatt Siem Reap. Having had a nosey around the grounds, I was impressed by the calm, Zen-like spaces expertly created using water features and traditional materials to skillfully showcase local Khmer architecture and craftwork.

The hotel occupies a commanding corner plot on one of the city’s main arteries. As you enter, the double doors immediately to the right of the reception area take you to The Library. This extends into the grounds of The Dining Room, offering both indoor and outdoor seating, with the latter arranged around a pretty courtyard of tranquility. It’s especially atmospheric at night time, as the space is flood-lit to showcase the 100-year old banyan tree at the centre of proceedings.

We opted for an outdoor table, and were offered the option of dining in one of their traditional swings. Having just experienced this at Kroya the night before, we showed a preference for traditional table service, which was quickly setup for us. Both the indoor and outdoor dining areas were quite busy that evening, and the staff were definitely being put through their paces. Food-wise, we shared a carpaccio starter, followed by filet steak of Australian organic beef – both were succulent and flavoursome. Side dishes consisting of french beans and fries were accompanied by a lovely French rosé from Province.

The Verdict
The evening was polished as one would expect from the Park Hyatt, which is particularly commendable given the Hotel is fairly new, and you get the sense everyone’s still trying to find their rhythm. The setting was stylish and sophisticated, and the Park Hyatt Siem Reap goes to the top of my list of hotels I’d like to try in the not too distant future. 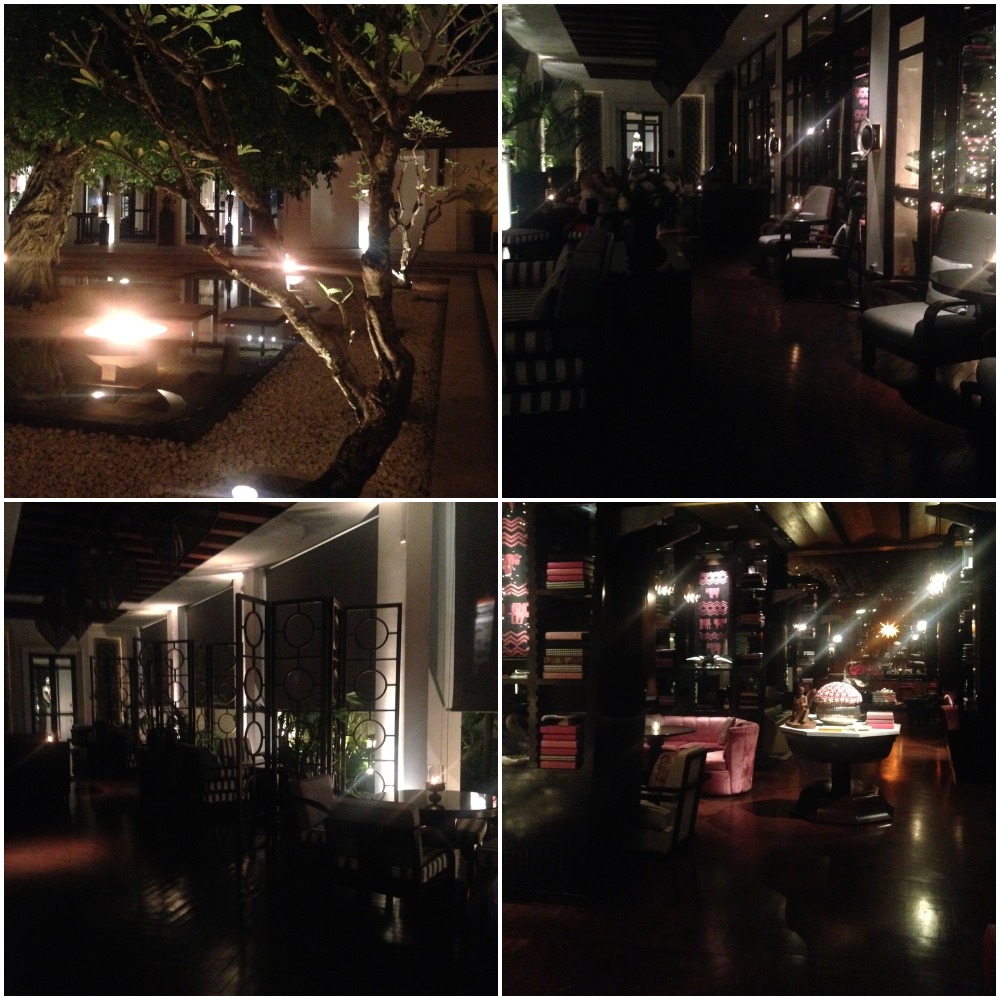