The more one travels, the more adept you become at eavesdropping on conversations in incognito mode. These days, the encounters I’m typically witnessing tend to revolve around a certain smugness. You may have experienced a version of this boastful traveller patter yourself, which usually goes something like this; ‘Oh you mean you haven’t been to such and such…‘ or ‘We were there way before it became overrun with the masses…‘ Increasingly, I’m finding the dominant nature of these conversations self-propagating.

It appears the competitiveness which used to be the domain of the intrepid backpacker, has now expanded its footprint to the luxury travel aficionado. While often there’s nothing more excruciating than listening to these horrible displays of one-upmanship among the well-heeled, when caught in the right place at the right time, it can also make for hilarious entertainment over a cocktail or two. This is why hanging out at the Oak Room in the Park Hyatt Buenos Aires has a special place in my little black book of places to people watch. 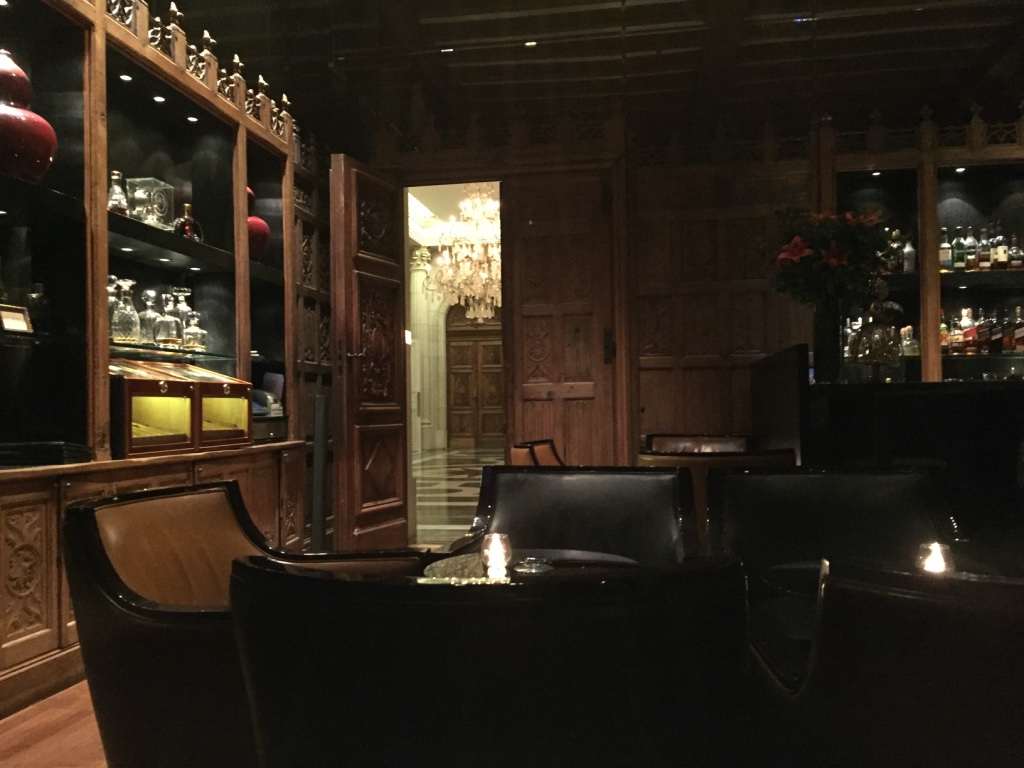 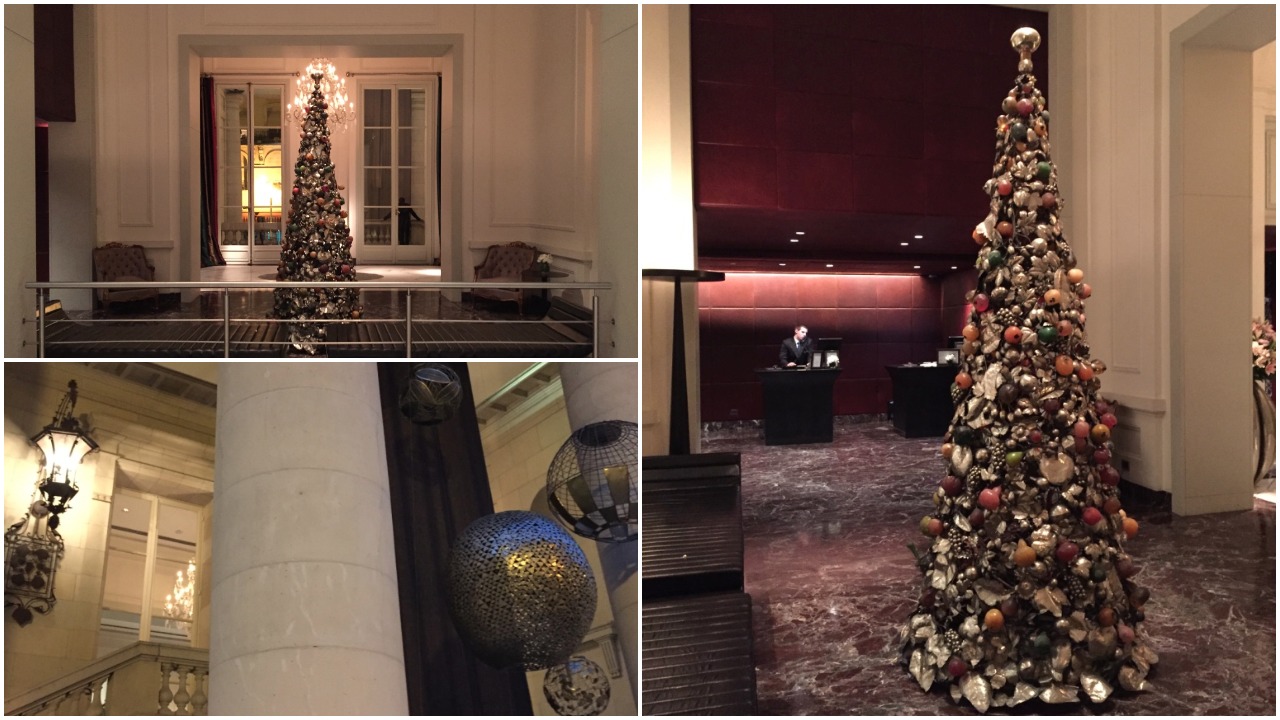 The Venue
The Park Hyatt Hotel is definitely one of those places worth a repeat visit. During our last trip to Buenos Aires back in 2013, I didn’t feel we’d spent enough time here. Knowing a visit to BA was on the cards, I immediately pencilled-in dinner plans at the Duhau Restaurant and Vinoteca, the Hotel’s fine dining restaurant. I won’t go into too much detail about the Park Hyatt itself, as first impressions showed very little had changed since my review. Instead, I’ll focus on the dining experience.

Separating the old Duhau palace and the new hotel wing is the stunning gardens, home to the casual Italian restaurant onsite, and the cascading terraces which are open to al fresco dining during the summer months. Several outlets – including the The Oak Room and the fine dining restaurant use the outdoor terrace as overflow space, making this a spectacular setting in the evening for diners. 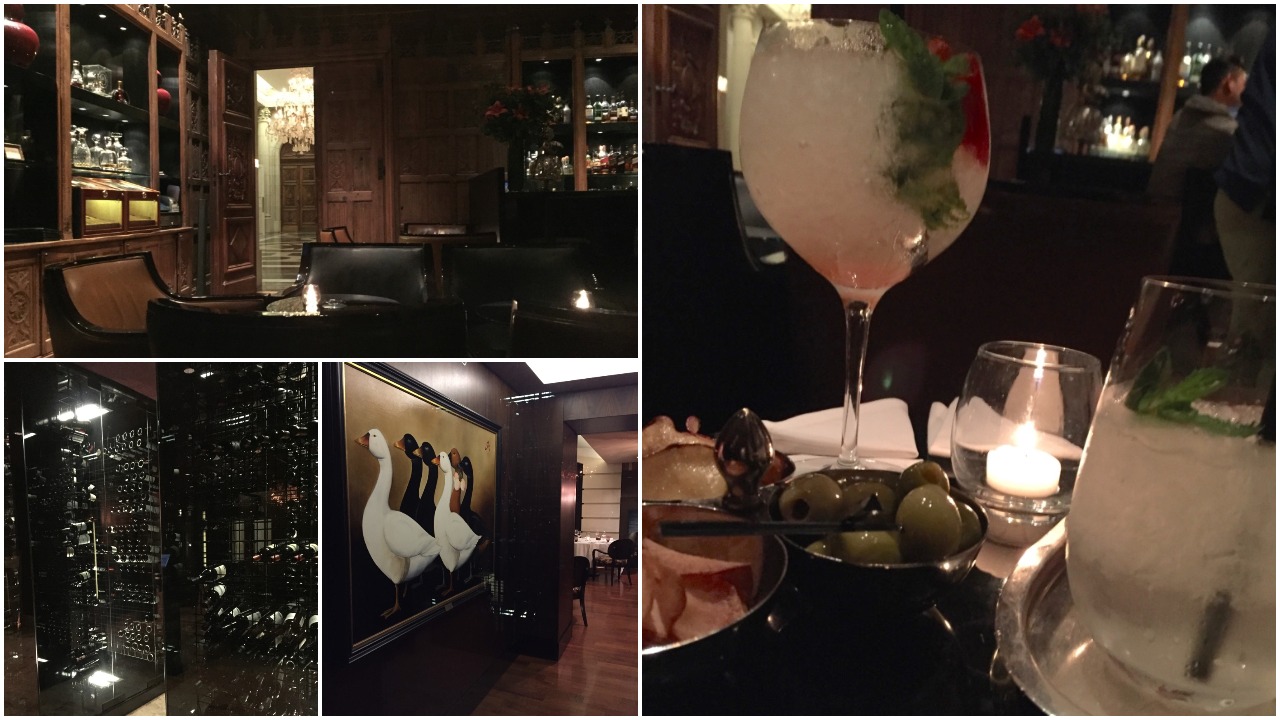 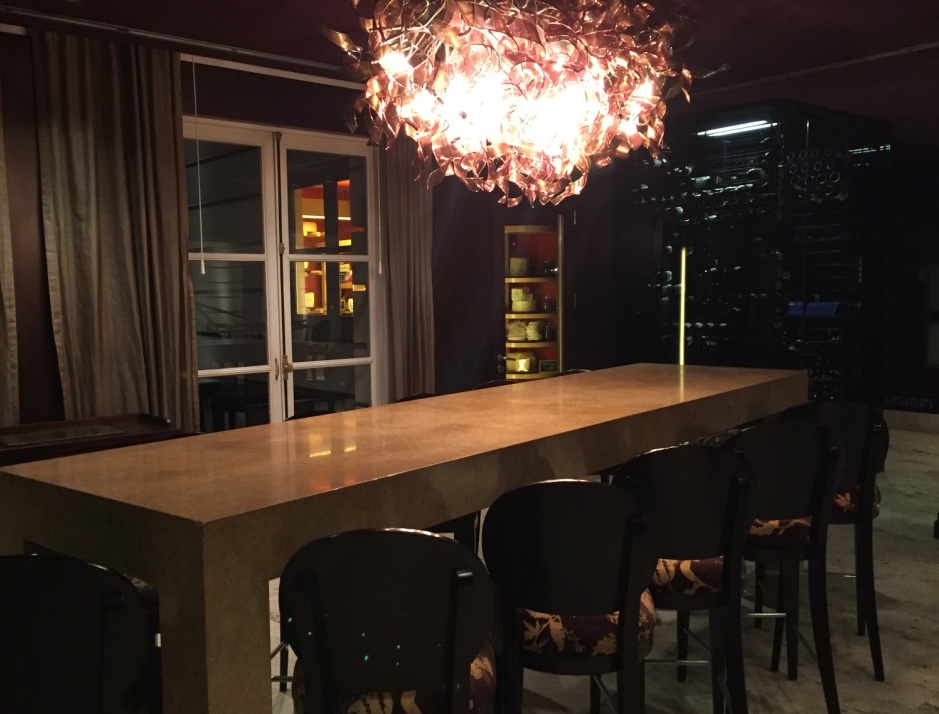 The Experience
Naturally our visit wouldn’t be complete without cocktail hour at The Oak Room, and from a people watching perspective, once again didn’t disappoint. We were intrigued by Ken and Barbie (literally!) sitting at the bar decked-out in designer gear, trying to outdo the older couple in their 60’s who seemed to have immobile facial expressions despite the animated conversation. They were joined by a solo American businessman, adamant in his insistence that they should all invest in a Patagonian winery destined to be the next best thing. Holding court in the centre of the room was an Argentinian matriarch, surrounded by her haughty grandchildren, personal assistant, and wheelchair-bound husband who was being attended to by the nurse. Judging by the disdain and snarky words being exchanged, she seemed pissed off with the world around her. Rounding things up were a group of couples, desperately trying to coordinate their private charter schedules for an upcoming week in Punta del Este. Oh how the other half live… 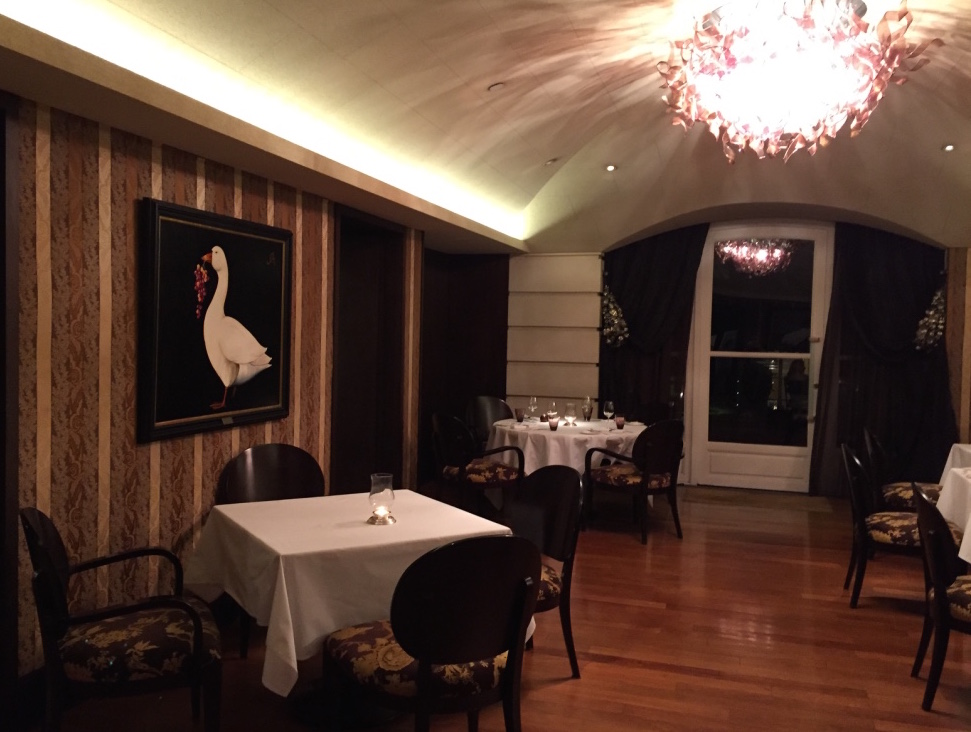 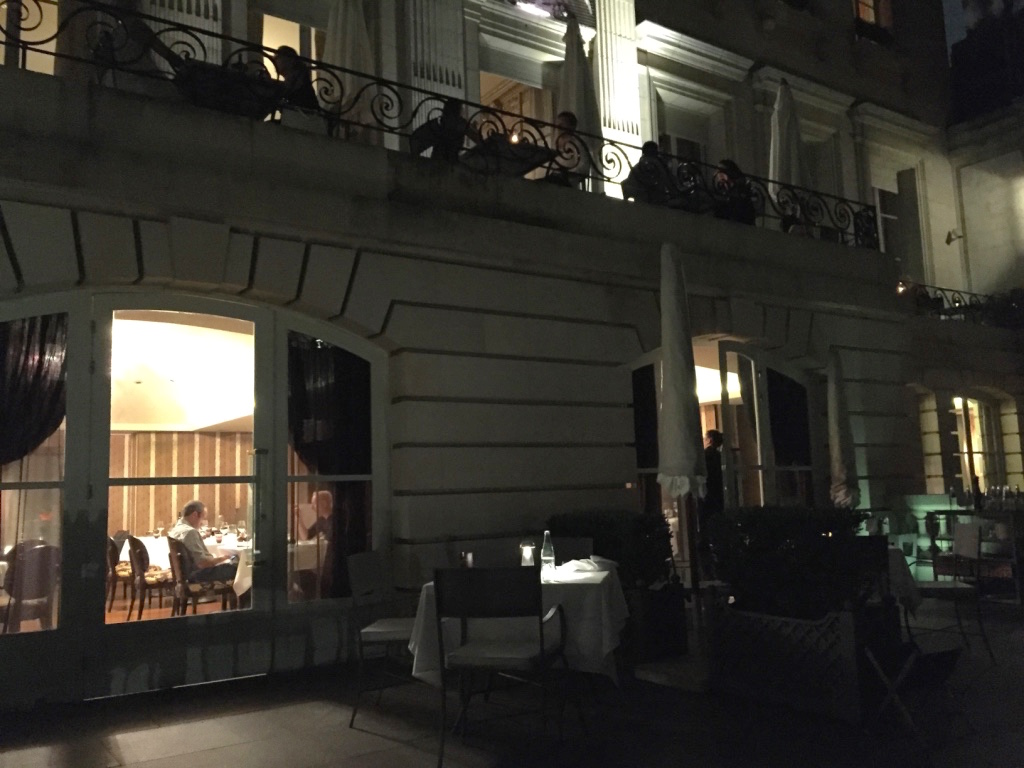 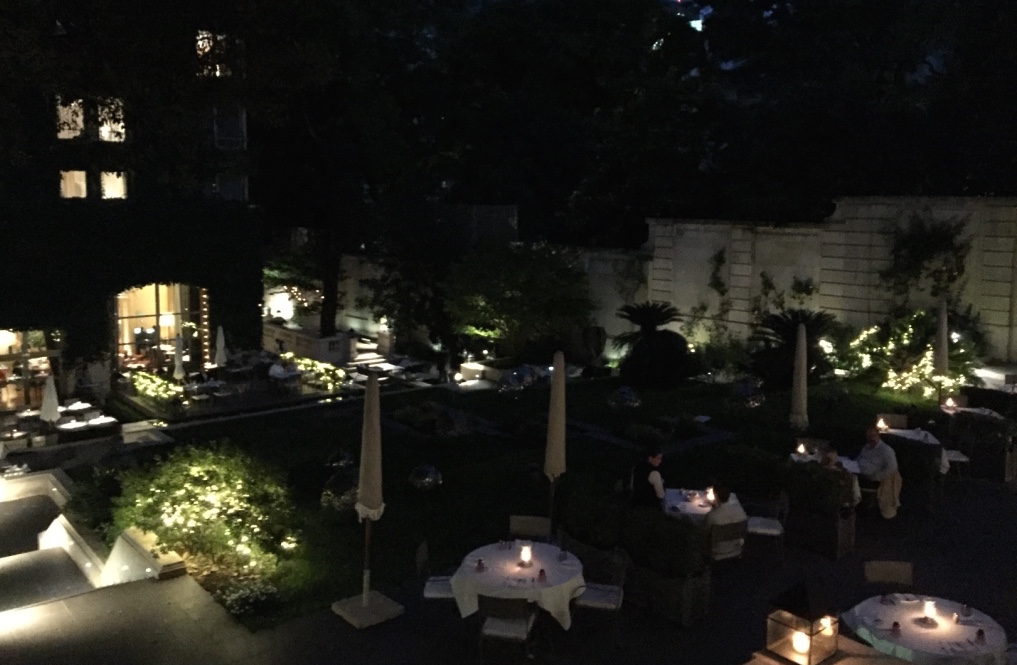 Moving on to the Duhau Restaurant and Vinoteca, it’s worth mentioning the interiors are split into various different dining rooms. There’s a section for wine tasting, a private dining room and the main space leading in to the terraces. This is not my favourite design aesthetic and I’d previously commented on the need to liven the space up a little. There was nothing I saw to lead me to think any adaptations had been made; it was still the same tired decor, same bland furnishings and still too brightly lit in my view. Thank heavens for the outdoor space.

The Food
There was only one agenda as far as dinner was concerned and that was a nice piece of grilled steak. Taking our seat on the terrace, I was gain reminded of what a magical setting this is. As one would expect, the staff are polite and efficient. Despite only just settling into our surroundings, we were instantly offered a homemade bread basket and mineral water alongside the very extensive wine list. As I pondered over the choice of a hearty red versus ordering a bottle of rosé, we were offered a small amuse of watermelon gazpacho to kick things off. 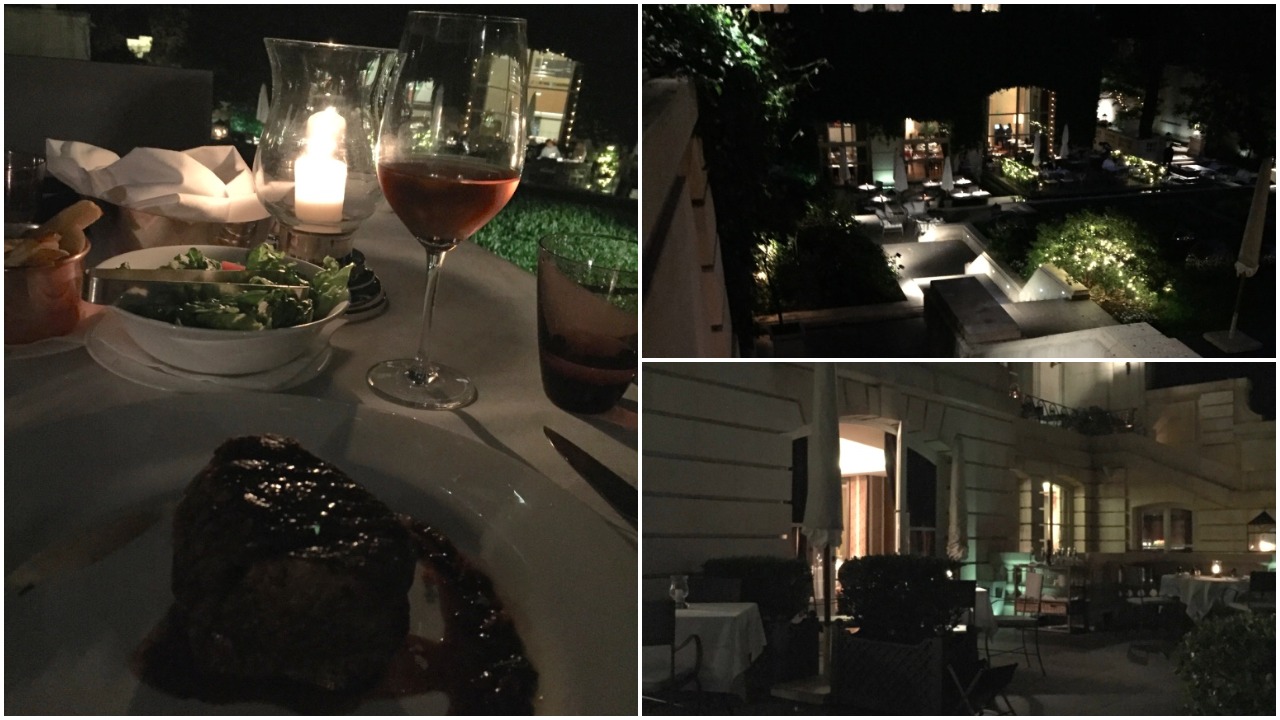 Even though it was quite late in the evening, the temperature was still hovering in the upper 20’s, which made the decision to order the rosé an easy one. I stuck to my usual domain of grilled octopus, while the other Mr. Highlife made do with a crab salad. Mains were the predictable bife de lomo – a particularly excellent cut of quality, though way over-seasoned as you tend to find in so many restaurants across BA. The Argentine’s have more than a penchant for the salt shaker and the Duhau Restaurant is no exception. We devoured our steaks with the obligatory crispy french fries and a mesclun salad, deciding to skip dessert in favour of a shared bowl of sorbet. This practically melted in the bowl before we could get through it. 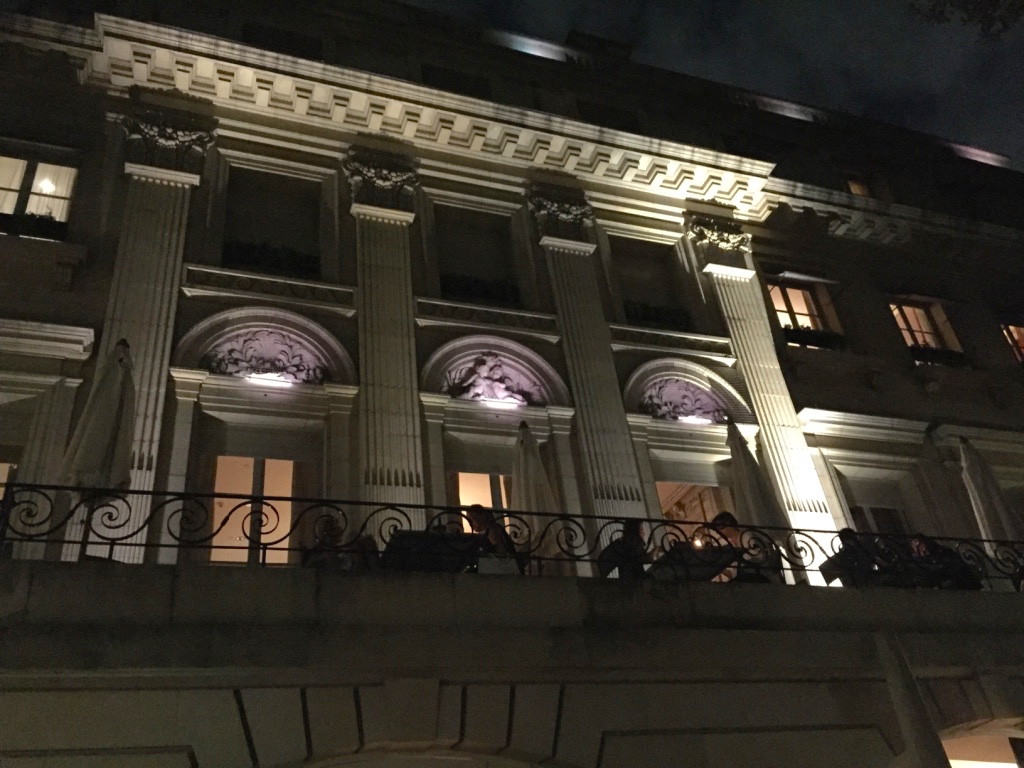 The Verdict
I do love a Park Hyatt. The Buenos Aires outpost has an old-world charm that sits perfectly in harmony with its modern-day surroundings. Of course there are plenty of other stellar options in BA for experiencing an evening of grilled meat and wine, but sometimes you want that extra bit of pomp and circumstance to lift the experience. The Duhau Restaurant gives you so much of that and then some, with the guarantee you’ll be coming back for more.